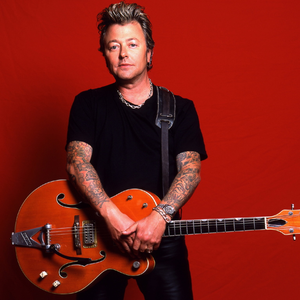 Brian Setzer (born April 10, 1959 in New York) is an American guitarist, singer and songwriter whose popular big band orchestra is most appreciated commercially for their swinging take on Christmas holiday classics. Early in his career Setzer was a member of the NYC band Bloodless Pharaohs, and later fronted the popular rockabilly revival band, Stray Cats. The Stray Cats particularly caught America's attention with the 1982 album Built for Speed, which included the two Top Ten hits, "Rock This Town" (#9) and "Stray Cat Strut" (#3), as well as with the follow-up 1983 album Rant 'N Rave, which included the two successful singles "(She's) Sexy + 17" (#5), and "I Won't Stand In Your Way" (#35).

Fans of The Brian Setzer Orchestra (0)

ShoutBox for The Brian Setzer Orchestra