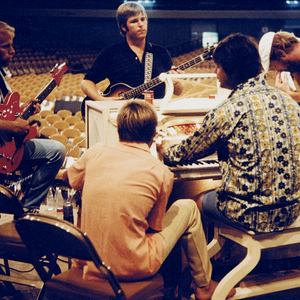 The Beach Boys are an iconic American rock band, frequently cited as one of the most influential and commercially successful groups of all time. They are recognized for their intricate vocal harmonies, studio innovations, and musical impact that is still felt today. After rising to stardom with a string of hits that defined the '60s California Sound, they delved into progressive pop, experimenting with songs inspired by classical music and the avant-garde. Following their most esteemed work, Pet Sounds (1966), the group became symbols of psychedelic counterculture.

ShoutBox for The Beach Boys