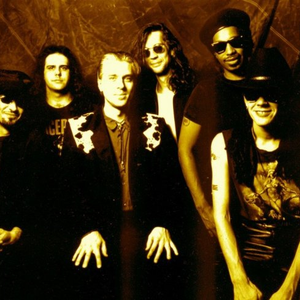 Revolting Cocks, also known as RevCo, was an American–Belgian industrial rock band and sometime supergroup from Chicago, Illinois, United States that began as a musical side-project in 1985 for Richard 23 of Front 242, Luc Van Acker, and Al Jourgensen of Ministry. The group was founded by Richard 23 and Luc Van Acker with Al Jourgensen as their producer. According to Jourgensen, the band got their name after a fight in a Chicago bar in 1983. Jourgensen, Richard 23 and Luc Van Acker celebrated the formation of the new band with a few drinks. The evening then ended up in a brawl, with bar stools being thrown through the establishment's windows. As he was throwing the trio out, the owner, a man Jourgensen recalls was named Dess, shouted, "I'm calling the police! You guys are a bunch of revolting cocks!" The trio subsequently decided to use the name for their band.