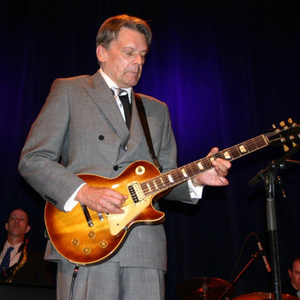 John Warren Geils Jr. (February 20, 1946 – April 11, 2017) was an American guitarist who was the leader of the rock group The J. Geils Band. Growing up in the New York metropolitan area, he grew interested in jazz and blues music. After moving to Massachusetts for his college education, he formed the J. Geils Blues Band while still a student at Worcester Polytechnic Institute. After dropping the word "Blues" from their name, the band released their first album in 1970, performing soul and rhythm and blues-influenced rock music for most of the 1970s, before changing styles to New wave music in the 1980s. After the band broke up in 1985, Geils left regular performing to take up restoration and racing of automobiles, with occasional forays into music production. He continued to appear in reunion tours with the rest of his band sporadically during the 2000s and 2010s. Geils died of natural causes on April 11, 2017, at his home in Groton, Massachusetts.

Jay Geils, Gerry Beaudoin and the Kings of Strings
2005
Album has 1 releases