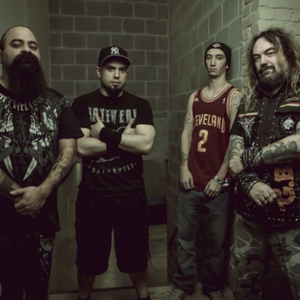 Soulfly is a metal band formed in 1997 based in Phoenix, Arizona. The original lyrical content revolved around spirituality and religious themes, with later albums encompassing other themes including war, violence, aggression, hatred and anger. Soulfly is led by former Sepultura frontman Max Cavalera, who formed the band after he left the Brazilian group in 1996. The band has released ten studio albums, one tour EP, several singles, and one DVD video. Their tenth album, Archangel was released on August 14, 2015.