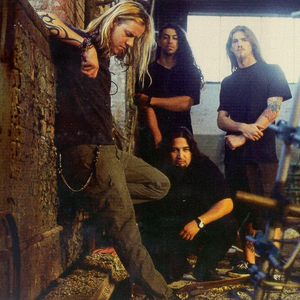 Fear Factory is an American industrial metal band that from Los Angeles that formed in 1989. Over the course of their career they have evolved from a succession of styles, combining death metal, groove metal, thrash metal, with industrial metal. Fear Factory proved to be enormously influential on the metal scene in the mid- to late-1990s. The band disbanded in March 2002 following some internal disputes, but reformed later in 2002 without founding member Dino Cazares, adding bassist Byron Stroud, and casting then-bassist Christian Olde Wolbers as guitarist.