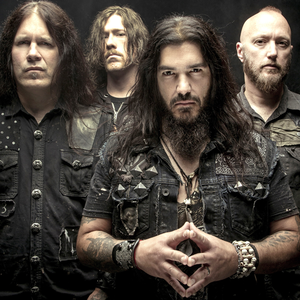 Machine Head is an American male-fronted metal band, formed in 1992 in Oakland, California. Founded by former Vio-lence guitarist Robert Flynn and Adam Duce, and has had 4 personnel changes since its inception. The current lineup of the band comprises of Robb Flynn (vocals, guitar), Jared MacEachern (bass), Phil Demmel (guitar, ex-Vio-lence), and Dave McClain (drums, ex-Sacred Reich). Machine Head is one of the pioneering bands in the New Wave of American Heavy Metal.