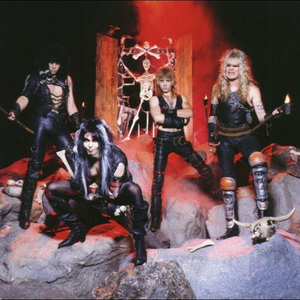 W.A.S.P. is an American heavy metal band formed in 1982. They emerged from the same Los Angeles scene that spawned Van Halen, Mötley Crüe, Ratt, Quiet Riot, Guns N' Roses and others. The band's popularity peaked in the 1980s, yet they continue to record and tour, making them one of the most enduring of the West Coast heavy metal bands. W.A.S.P. gained notoriety for their shock rock themed image, lyrics and live performances. They have sold over 12 million copies of their albums.