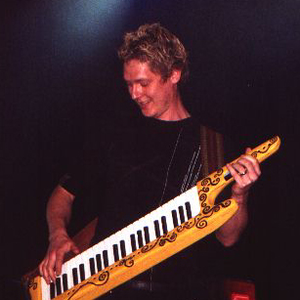 Adam Wakeman (born March 11, 1974 in Windsor, England) is the current keyboardist for the legendary rock band Black Sabbath. Prior to joining the band in June 2004, Adam was involved with such artists as Annie Lennox, Travis, A Company of Snakes, Victoria Beckham, and Atomic Kitten. Adam is the younger brother of Oliver Wakeman, both sons of longtime Yes keyboardist Rick Wakeman. He recorded several projects with his father as Wakeman with Wakeman.