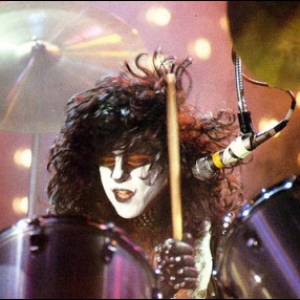 Eric Carr (July 12, 1950 - November 24, 1991), born Paul Charles Caravello was an American musician, best known as the drummer for the rock band KISS. Following two albums that alienated many fans with their departure in style (1979's Dynasty and 1980's Unmasked), and a falling-out with Peter Criss over his substance abuse problems and unreliability, KISS held open auditions for a new drummer. Criss had not recorded an entire studio album with KISS since 1977's Love Gun.